Faith, in “The Crown” Study

This is a study of faith issues in the sixth episode from the second season of The Crown. It can be used as a group or individual study. If it is to be used by a group, it is recommended that group members screen the episode and answer the questions prior to meeting together. Specific parts may then be replayed during the meeting and discussion.

Season 2 Episode 6   “Vergangenheit” (The Past)   NETFLIX 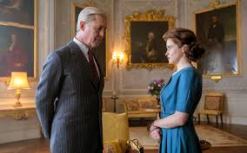 Setting:  Episode six of season two is set in 1954 during Britain’s first exposure to and surprising emotional embrace of the Ministry of Rev. Billy Graham. While her mother, husband, and leaders of Government bemoan and ridicule the emotional reaction of the British citizens to the preaching of Rev. Graham, the Queen joins her subjects in embracing the preaching and call to live out the teaching of Christ in their daily lives and relationships. Within this setting, the former King, the Duke of Windsor seeks to reestablish a presence in England by serving the Government in some official capacity. Upon considering his request the Queen is made aware of the Duke’s sympathies and possible collusion with Adolf Hitler before and during World War II.  The Queen’s desire to be a simple Christian and the preaching and counsel of Rev. Graham challenges her to live out one of the fundamental calls of Christianity, forgiving others.

Background: The Duke of Windsor was the elder brother of Queen Elizabeth’s father King George VI. Upon the death of King George the V, the Duke became King Edward the VIII. After 11months as King, Edward abdicated the throne so he could marry Wallis Simpson, an American who was twice divorced. The Queen, her mother and most of the family believed George VI’s early death was the result of the pressures of being King, a position for he was not naturally suited but took on out of duty to the Crown and country after his brother’s abdication. 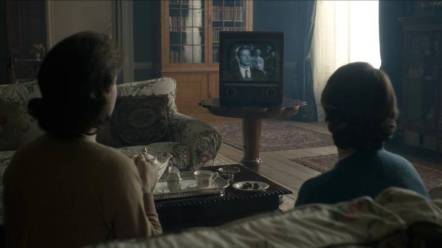 Queen Elizabeth (Claire Foy) and her mother Elizabeth (Victoria Hamilton) watch a news report of Billy Graham’s first Crusade in London. In his sermon Rev. Graham (Paul Sparks) defines revival as living out the teaching of Christ in one’s daily life through relationships with others. Part of revival includes living out a Gospel of hope in the certainty of God’s love and triumph rather than living a Gospel of despair in the midst of worldly uncertainty. This Gospel of hope extends to the individual, society, and all the world.

What are your triggers for living into despair?

What grade would you give yourself in living out the teachings of Christ in your daily life?

In what circumstances do you find living the teachings of Christ challenging, and where do you find it comforting?

How or where can you overcome these challenge dimensions of faithful living?

Rev. Graham warns the congregation and TV audience that the hallmark of sin is turning away from God’s way/desire and towards one’s own way.

your own ideas to the ideas of God. You come to a state where your own evil

seems to you good and God’s good seems to be evil.

When, where, and in what circumstances do you close your eyes and ears to God’s way?

What are some resulting ideas, ways, and life choices that are yours rather than God’s desire for you?

Individual ways of being and acting correspond to the ways of the world.  One could describe this attraction as the gravity of worldly ways pulling against the righteous way God calls and empowers disciples to follow and live.

What is the source of this gravitational pull of the ways of the world, in general, and specifically for you?

This turning away from God’s desire is the basic definition of sin for both individuals and the community. In contrast, repentance is defined as, turning (literally), away from the sinful direction one has chosen for themselves, and back toward the path God desires. Following the desires of God is defined as righteousness.

What is the most challenging aspect of repentance for you?

How can you break the gravitational pull of the ways of the world and return to God’s way and desire for you?

How can you maintain this righteous course of life to which God has called and placed you?

After hearing Rev. Graham preach on television, Queen Elizabeth invited him to preach at Windsor Castle. Following the worship service, Queen Elizabeth met privately with Rev. Graham where she expressed the pleasure it was for her to worship as Elizabeth, not as Queen and the head of the Anglican Church. She shared with Graham that it was her desire to be a “simple Christian.”  As it turns out the idea of being a simple Christian is complicated. The Queen’s dilemma with her uncle and former King will reveal to her that being simply Christian is anything but simple.

While many leaders and citizens were sympathetic to Edward VIII, most of the Royal Family and others in government saw his abdication as the ultimate betrayal.  In stepping down from the throne he was placing his personal desires above his duty to serve the Crown, Country and God.  For some in the family, this betrayal was made all the worse because of the toll it took on George VI, who was not naturally suited to serve as King, and the probability that it led to his early death.  Of the senior members of the family however, Queen Elizabeth was more sympathetic to Edward. 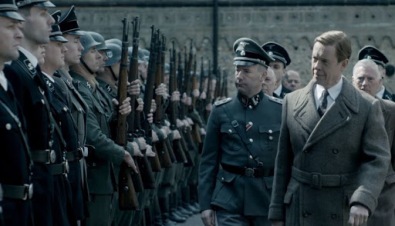 The Duke of Windsor’s (Alex Jennings) request to re-enter English society and service to the Crown and country led to the Queen’s discovery of the depth of Edward’s sympathies with and rumored support for Adolf Hitler and the Nazi party against his country and former subjects. With this new revelation, Queen Elizabeth struggled with the Christian command to forgive her Uncle. To assist in her struggle, the Queen asked for a second meeting with Billy Graham. 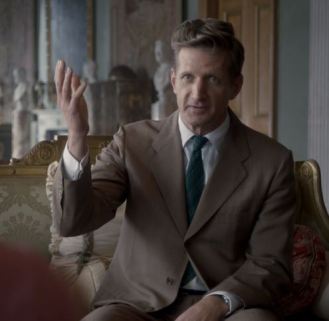 In this meeting Elizabeth asks about forgiveness; “are there any circumstances do you feel where one can be a good Christian and yet not forgive?”  Rev. Graham responds that “Christian teaching is very clear on this. No one is beneath forgiveness. Dying on the cross, Jesus himself asked the Lord to forgive those who killed him.”   After a discussion on whether the forgiveness of those who crucified Jesus was conditional given they did not know what they were doing, Graham still maintained that and lack the strength and perfect love of Christ, as recipients of God’s forgiveness, it is required that Christians forgive.  Although humans are mortal, Graham says, “We need not be unchristian ones.”  Seeing the Queen struggle, Rev Graham offered a solution for her and all people. If there is someone she cannot forgive, she should “ask for forgiveness for herself, humbly, and sincerely, and then pray for the person she cannot forgive.”

Consider situations when you have had difficulty offering forgiveness.  What were the circumstances, personal injury or insult, betrayal of confidence, financial?

What is the hardest part of offering forgiveness, especially to those who have caused great pain?

Do you believe that offering forgiveness in some way accepts or diminishes the wrongdoing?

What was or is the result of withholding forgiveness? 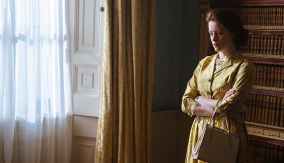 Have you experienced damage or ongoing pain by holding on to anger and not forgiving one who has trespassed against you?

The episode concludes with Elizabeth spending time in prayer and communion with God. Based on her countenance and spirit in the final scene, do you believe Elizabeth forgave her uncle?

Put in Elizabeth’s position, what would you have done? 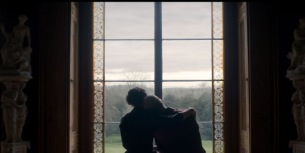 Although Elizabeth may have forgiven Edward, and other members of the family did forgive him, the consequences of his abdication were continued exile from his country and desire to serve.  Edward, known to family and friends as David, shared with another King David the reality that though forgiven, he had to live with the consequences of his actions.

In the Lord’s Prayer, Christians pray “forgive us our trespasses as we forgive those who trespass against us.” How do you interpret this portion of the prayer?  Are we asking that God forgives to the extent that we forgive, or declaring that we (will) forgive others as God has forgiven us?

Consider the order of the Lord’s Prayer. There is recognition that God is our parent and, as God, is Holy and deserves our worship. There is a request for God’s Kingdom to be completed and a recognition that God’s will be lived out on earth as it is lived out in heaven. God provides us daily sustenance and forgiveness and then deliverance from evil. Forgiveness and forgiving, therefore, come before deliverance from evil.

Consider why it is necessary to forgive before receiving deliverance?

How does not forgiving someone lead to evil?

In Matthew 18:21-22 Peter asks Jesus whether seven times is enough to forgive someone in the community? Put another way, Peter seems to be asking when can one start not-forgiving their neighbor?  Jesus responds by saying seventy-seven times, (or seven times seventy, 490).  Can one truly forgive if one is counting? The 77, or 490 times means that if you are counting, you are not forgiving.

The following parable, Matthew 18:23-35, tells of a King who forgave a subordinate official an unimaginable debt, 10,000 talents. That official then refused to forgive another person a debt 100 times smaller.  How does this parable speak to you?

Is such forgiveness something to truly live by and aspire to, or is it something that would be nice if it were possible?

Share other thoughts that reflect faith you saw in this episode. 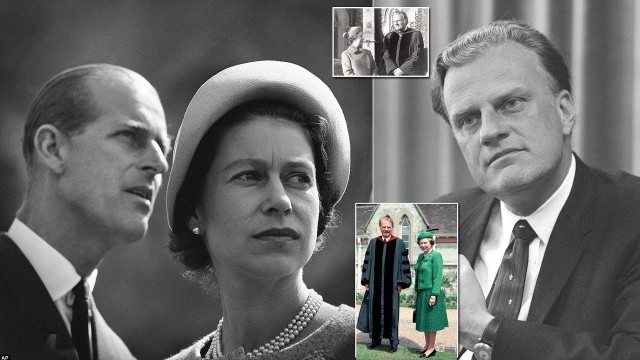 I am a United Methodist minister and my professional passion is connecting issues of life and faith to film and other artforms. I am also interested in autism awareness and ministry and special needs. I am married to Michelle and have two children.
View all posts by revkennydickson →
This entry was posted in Faith Shots, Film Shots and tagged Abdication, BillyGraham, Claire Foy, discipleship, faith in film, forgiveness, King Edward VIII, King George VI, Netflix, Paul Sparks, Queen Elizabeth, The Crown, Victoria Hamilton. Bookmark the permalink.