All Are In Need of A Beautiful Day in the Neighborhood

Posted on November 23, 2019 by revkennydickson 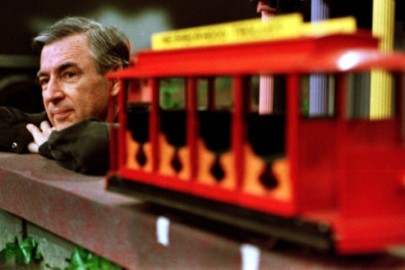 The 2018 documentary film about Fred Rogers, Won’t You Be My Neighbor is one of the finest films in recent years.  Even though it was not in the genre of Faith Films, its presentation of Fred Roger’s quiet, humble faith and his faithfully living out his discipleship call to present the love of God to others (the calling of people of all faiths) it was the most effective faith film I have seen. Additionally, given the anxiety, anger, and division of our time, the film’s depiction of Mr. Roger’s genuineness in caring for others and living a life of peace, Won’t You Be My Neighbor remains one of the most important films of our time.

Given this impact of Won’t You Be My Neighbor, I remember as I walked out of the theater being skeptical about the announced, upcoming biopic about Mr. Rogers, even if it was starring Tom Hanks. My thought was how could an actor, even as talented as Tom Hanks present Fred Rogers better than Fred Rogers? 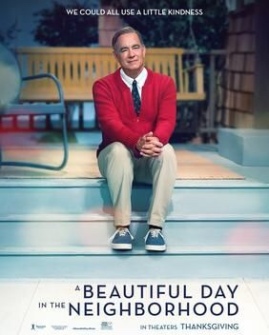 Walking out of the screening of A Beautiful Day in the Neighborhood I thought, Director Marielle Heller, writers Micah Fitzman-Blue and Noah Harpster, and Tom Hanks had threaded a very small needle as “Beautiful Day” was not only a very good film, it was a wonderful companion to Won’t You Be My Neighbor.  Although both films have commonality in their depiction of Mr. Rogers and his program Mister Rogers’ Neighborhood, when looking at both films together, “Neighbor” offers more of a macro, cultural perspective of Fred through his PBS Program, while “Beautiful Day” offers a micro view of the impact of Fred Rogers’s way of living on an individual. In so doing, it serves as a role model for living a peaceful, faithful, loving life.

A Beautiful Day in the Neighborhood is based on the true story of the friendship between Fred Rogers and journalist Tom Junod who met when Junod was assigned to interview Fred Rogers for a series of stories on Heroes for Esquire Magazine. In the film, Matthew Rhys plays Lloyd Vogel, a character based on Junod. With a reputation as a top 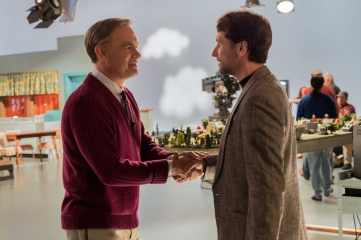 investigative reporter, Vogel is resistant to accept the assignment to interview a man who is known for his sugar-sweet children’s TV program. Later, Vogel discovers that all of the other “Hero” subjects refused to allow him to interview them because of his reputation for attacking the subjects of his stories. Mr. Rogers not only agreed to allow Vogel to do the interview but Rogers sought him out.

The overarching theme for the film is the same as Fred’s iconic program Mister Rogers’ Neighborhood, having love for neighbors. Though unspoken, the ordained Presbyterian minister uses the definition of neighbor offered by Jesus. A neighbor is not just those who live next door or even those in the same family or community. A neighbor is any and every person. Rogers also follows the command in both the old and new testaments that one is commanded to love one’s neighbor as one loves themselves. 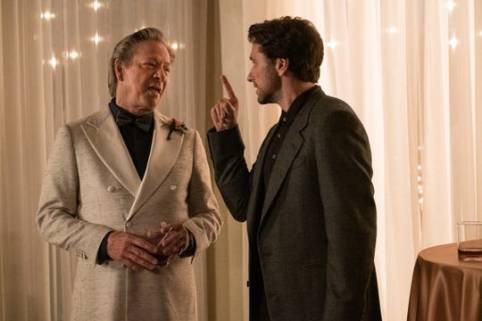 In order to be able to love a neighbor, one has to take time to see and get to know them. Where the other Heroes of the Esquire spread saw Vogel as an attack journalist who wrote with a laptop as well as a hatchet, Rogers saw Lloyd as someone living an angry, pain-filled life. Taking the time to literally read between the lines, Rogers saw in Lloyd someone who had life-wounds that were still raw. Upon recognizing this anger and injury, Mr. Rogers shared more than just information about himself with Vogel, he shared himself by establishing a relationship with Lloyd. As with any friendship, Fred took a risk in sharing who he was and what he believed. One of the most important depictions of “Beautiful Day” was Fred Rogers had the rare attribute that he was what he believed. And, what Fred believed was that all persons are special children of God who deserve to be loved and cared for, especially when they are wounded and even angry. For Fred, and all persons of faith, a difficult personality or situation does not release one from their duty to care for others and in doing so, share God’s peace. 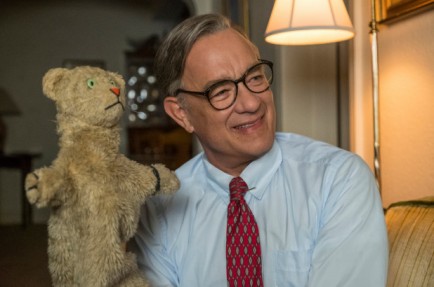 In addition to a commitment to love one’s neighbors whether they be next door, family, friends, strangers, and even enemies, A Beautiful Day in the Neighborhood also depicts Fred Rogers’s living a peace-filled and peace-filling life. While many, including Lloyd, assume that the persona of Mister Rogers is a role for Fred Rogers, Lloyd and the audience discover that the man and the character are the same. Fred Rogers truly lives life at peace, even in the midst of a world that is so often in conflict. Put in a theological perspective, Fred lives a life of Shalom, peaceful wholeness even in the midst of tremendous conflict and uncertainty.

In the film, Rogers prays for his neighbors, and their loved ones, by name every day. Though unstated explicitly, the message conveyed is that spiritual disciplines such as prayer, scripture reading, and reflection, as well as serving others draws one closer to God. The closer then one is to God, the more apt one is to realize the certain, faithful presence of God. This certainty of God allows one to live peacefully even in the most uncertain circumstances. 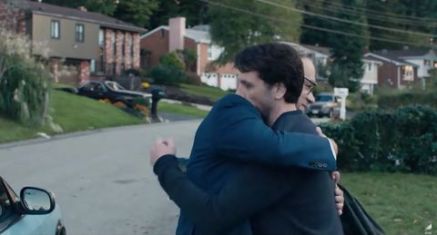 By risking and reaching out to someone he knew was struggling, Fred Rogers helped Lloyd Vogel (Tom Junod) live more peacefully and experience the beauty that is the neighborhood of God. “Beautiful Day” is for fans and those familiar with Fred Rogers as well as those who never once stopped by his neighborhood. As with those who watched PBS staple, all who watch A Beautiful Day in the Neighborhood will be better off for it.

A Beautiful Day in the Neighborhood is rated PG for minimal mature language and one physical confrontation.

I am a United Methodist minister and my professional passion is connecting issues of life and faith to film and other artforms. I am also interested in autism awareness and ministry and special needs. I am married to Michelle and have two children.
View all posts by revkennydickson →
This entry was posted in Faith Shots, Film Shots and tagged A Beautiful Day in the Neighborhood, faith and film, Love Neighbors, Marielle Heller, Matthew Rhys, Mister Rogers, Neighbor, Tom Hanks, Won't you be my neighbor. Bookmark the permalink.