After King David coveted and took Bathsheba, the wife of Uriah, a loyal soldier fighting the King’s battles, David tried and failed to cover up his offense. When that planned failed he had Uriah killed in a last gasp attempt to hide his sin. Knowing what happened, God sent the Prophet Nathan to pronounce judgement upon David. To do so, Nathan used a story to lift a mirror before King David so the King could see and convict himself of his sin.

Story based art forms such as music, literature, plays and film also serve as a mirror reflecting to society its brokenness and distance from God and God’s desires for humanity and all of creation. In addition film and other story forms offer prophetic words and visions of hope, grace, and new life within the brokenness.

In a macro sense society needs no reminder of its brokenness, but on the micro level film lifts up the specific, often subtle evidence of it’s brokenness as well as the glaring if sometimes underground shards of a humanity at its most depraved. Film also measures the pulse of society by projecting the burdens and fears as well as hopes, needs and dreams humanity and societies live with and express.

An Overview of humanity’s brokenness and longings of those directly victimized by such fracturing has been on display during the first 4 days of the Tribeca festival. Though there have been several themes thus far one that has been evident in multiple films is oppression and the struggle to escape. The Festival has shown oppression in several forms, oppression that is human trafficking: women, captured by false promises, isolated from family, moved between countries and sold repeatedly from one owner to another. There is also oppression that is prostitution: where women, made vulnerable by “life” are exploited by predators who spin webs camouflaged by attention, acceptance, and love that insnares rather than lifts up.

While there has been greater attention in recent years to the reality that human trafficking and slavery exists in first as well as second and third worlds, it is important that the reality of what has been going on under the radar of first world attention continues to be exposed and brought into the light where efforts to reduce or eliminate such tragedy can be launched and continued. Therefore while the reflection of oppression of individuals and groups is tragic and hard to watch, it also fosters a growing awareness of the problem and in so doing the first steps and hope of ending the practice. 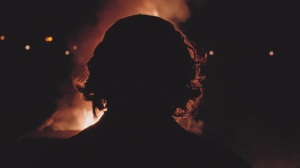 “Hyena,” written and directed by Gerard Johnson and starring Peter Ferdinando is a brutally gritty story of drugs, corrupt police, and East European human trafficking. Named after what is considered by most as the lowest, most vile and opportunistic animal on the African plain “Hyena” is a mixture of the “ultra violence” and disregard for human beings from “A Clockwork Orange” and the grimy 1970’s corrupted cop films such as “Serpico” and “The French Connection.” “Hyena” shows how little regard individuals and groups can have for persons outside their close knit families and communities. Whereas “Clockwork” was set sometime in the future and “Serpico” and “The French Connection” are true, 40 years old stories, “Hyena” shows that the future is now and we have not progressed, and perhaps have regressed, from the crime and corruption of 40 years ago.

“Sunrise” depicts the plague of children, 100,000 primarily young girls, who go missing each year in India and are forced into prostitution and other forms of exploitation. “Sunrise” was written and directed by Partho Sen-Gupta, and stars Adil Hussain as Laksham Josi. Laksham is a social services police officer whose task is to investigate kidnappings even as his own daughter was kidnapped because he was late in picking her up from school. The film depicts the torturous life he endures as each case reminds him of his daughter’s disappearance. With very limited dialogue, past and present for Lakshman converge as he pursues a shadow through endless rain falling in the deepest dens of Mumbai’s seediest neighborhoods. At the less than happy ending the statistic of the 100,000 children kidnapped each year is captioned as well as a dedication for two children. As dark, literally and figuratively as a film can be, “Sunrise” shines a light on what is a problem of epic proportions and tremendous pain for all the families touched by it.

Paralleling the oppression track have been films with characters that showed bravery and determination to escape or fight for those victimized by oppressors. 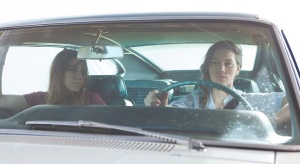 “Bleeding Heart”is directed and written by Diane Bell, and stars Jessica Beal as May, a yoga instructor dedicated to helping others find inner peace through yoga and meditation. “Bleeding Heart”shows the terror and tragedy that is the oppression of domestic abuse and prostitution. May’s peaceful life is disrupted when she searches and finds her lost half sister. As refined and tranquil as May is, Shiva (Zosia Mamet) is raw and revved up, always on guard from her explosively violent boyfriend and pimp. While urged to turn her back on her sister by her well off, adopted mother and her controlling, peacenik, zen boyfriend, May becomes more determined to stay connected to her sister even as her growing presence produces more conflict in her sister’s life and resistance by Shiva and her brutal boyfriend. May refuses to yield to the pressure and finds strength she never knew she had offering love Shiva never knew existed.

Other forms of bondage are those that come through grief, guilt, and the oft turned to remedy, drugs, that like the pimps and human traffickers, offer the hope of escape from pain only to lead to further suffering and helplessness.

“Franny” stars Richard Gere as a philanthropist who is responsible for the accidental death of his two best friends who are also the parents of his college bound god-daughter Olivia (Dakota Fanning.) Following the accident, the film moves forward in time to portray an unkempt, Franny who has disconnected from most of his past activities and community. Then Olivia calls to tell him about her new husband and asks if Franny could get the fresh physician an interview at the children’s hospital where Franny remains chairman of the board. The call rejuvenates Franny who seems to pop back into his hyperactive positive personality and spontaneous ways of living. Empowered by prescription pain killers, the resurgence is masking Franny’s ongoing struggle with guilt and depression that continue to plagued him. “Franny” demonstrates the oppression guilt and the resulting depression can wield over individuals. While the conditions can be masked for a time they eventually become too much for even the strongest narcotics and are overcome by addressing and confronting the precipitating event(s) and accepting grace and forgiveness from others and oneself.

While these films do not provide the escape from life’s daily grind and problems that comedies and action adventure genres offer, they do offer a glimpse into humanity and the tears in society’s physical, ethical, and spiritual fabric that fosters oppression in all its forms. In so doing such films can echo the prophetic teachings, the lamentations of the Psalms, and the corrective teaching of Christ, by casting light into darkness, naming sins, offering hope,and yielding the first steps to healing the brokenness.

I am a United Methodist minister and my professional passion is connecting issues of life and faith to film and other artforms. I am also interested in autism awareness and ministry and special needs. I am married to Michelle and have two children.
View all posts by revkennydickson →
This entry was posted in Scattershooting and tagged "bleeding Heart" film, "granny" film, "hyena" film, "sunrise" film, brokenness, faith, faith and film, grace, hope, human trafficking, King David, oppression, Peter Ferdinando, the Prophet Nathan, tribeca film festival. Bookmark the permalink.