Posted on November 9, 2012 by revkennydickson 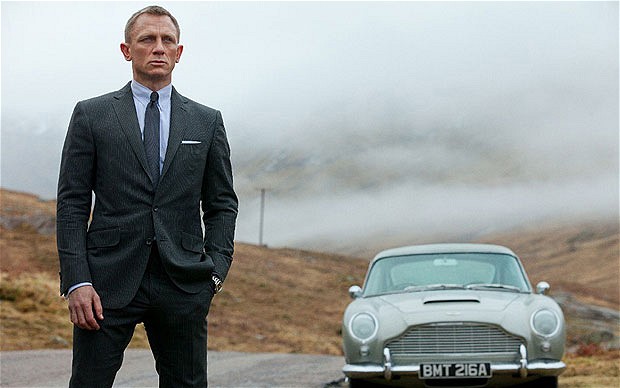 After seeing the newest James Bond film, “Skyfall,” I thought about the nature of rebooting.  Celebrating 50 years of Bond, the newest edition continues the reboot of the series that began two films ago with the casting of Daniel Craig as Bond. Resetting a film franchise allows the producers to make changes in a film series and remain relevant. For Bond this was a long time coming as the world has changed so much since 1962 when the Bond franchise began. What spoke to audiences then and what connects with viewers now is as different as night and day.

Prior to this reboot, changes in the character of James Bond and Bond films occurred primarily when the actors who portrayed 007 changed. Each one varied the way he portrayed the superspy but these were more nuance than change. The series still operated with the same biography, assumptions, and expectations. Each Bond film had to have more outlandish gadgets, exotic locations, and cool quips. At times during the years, Bond films strained with the pressures to outdo these elements in previous films resulting in less than impressive gadgets and forced or lame witticism.

While the series continued to be financially successful throughout the 45 years prior to the reboot, it had become tiresome and to varying degrees, disappointing. With this re-launch, the producers, writers and directors have had the freedom to choose which components of the series to keep and which to jettison. With the restart, James Bond is more brooding and mysterious; his background and life before he became a “00” is part of the shadow narrative that drives the nature of the character as well as the energy and feel of the film.

While there are still gadgets, exciting locales, beautiful women, and superb action sequences, they play a less prominent role, and are not the driving elements in the films. Bond himself is. In “Skyfall” there is an effective and satisfying acknowledgement of the Bond heritage, and a refreshing break from the constraints of the Bond past.

Reboots are also important in the world outside the theater. Like films, people and institutions such as the Church have history that is a part of their framework and should be honored as well as past methodology that have become constraining and out of touch with their calling and should be excised. In the Christian understanding, God’s grace and forgiveness is such a rebooting.

Through baptism, individuals are brought into the Body of Christ, claimed and marked by God, and begin a new lives. Throughout a faithful life God offers grace that, in the words of Charles Wesley, “breaks the power of cancelled sin,” sin that stains the image and likeness of God that is indwelled into all people. Sin has power because it separates one from God. This separation manifests through persons rejecting the relationship that requires them to deny those desires whose genesis are of the world and whose focus is on themselves, rather than give of themselves to God, and live by the desires of God and ways of God’s Kingdom.

Though we do not deserve such grace, God is forevermore willing to bestow such to us, forgive us and reboot our lives than we are to ask for and accept such change and peace. Yet when one does accept the forgiveness of God the burden, guilt, and shame of sin, that which weighs and wears all people down, is cut loose and true freedom is experience

The need to reboot also occurs in churches. As with films, congregations, and the Church universal, are in communities and a world that is continually changing.  Congregations that are 20, 30 or 50+ years old are located in communities that have evolved during that time.  Demographic features of neighborhoods change as families grow older or younger, wealthier or poorer, and cultural identities and practices transition. In response, the needs of those in the community change.

Congregations need to be aware of the fluidity of their neighborhoods, as well as their own membership, and change, sometimes even reboot, to meet those needs and fulfill the mission to re-present Christ as they minister to those around them.  While God is constant and everlasting, the children of God and their communities are forever changing, necessitating modifications in the way ministry is offered, the Word understood, and the grace and love of God experienced.

I am a United Methodist minister and my professional passion is connecting issues of life and faith to film and other artforms. I am also interested in autism awareness and ministry and special needs. I am married to Michelle and have two children.
View all posts by revkennydickson →
This entry was posted in Faith Shots, Film Shots, Scattershooting and tagged "skyfall" review, baptism, Body of Christ, Bond, charles wesley, congregations, faith, faith and film, film reboots, film review, forgiveness, god, grace, James Bond, James Bond in film, Kingdom of God, new life, power of sin, sacrament of baptism, sin, Skyfall, The Church. Bookmark the permalink.